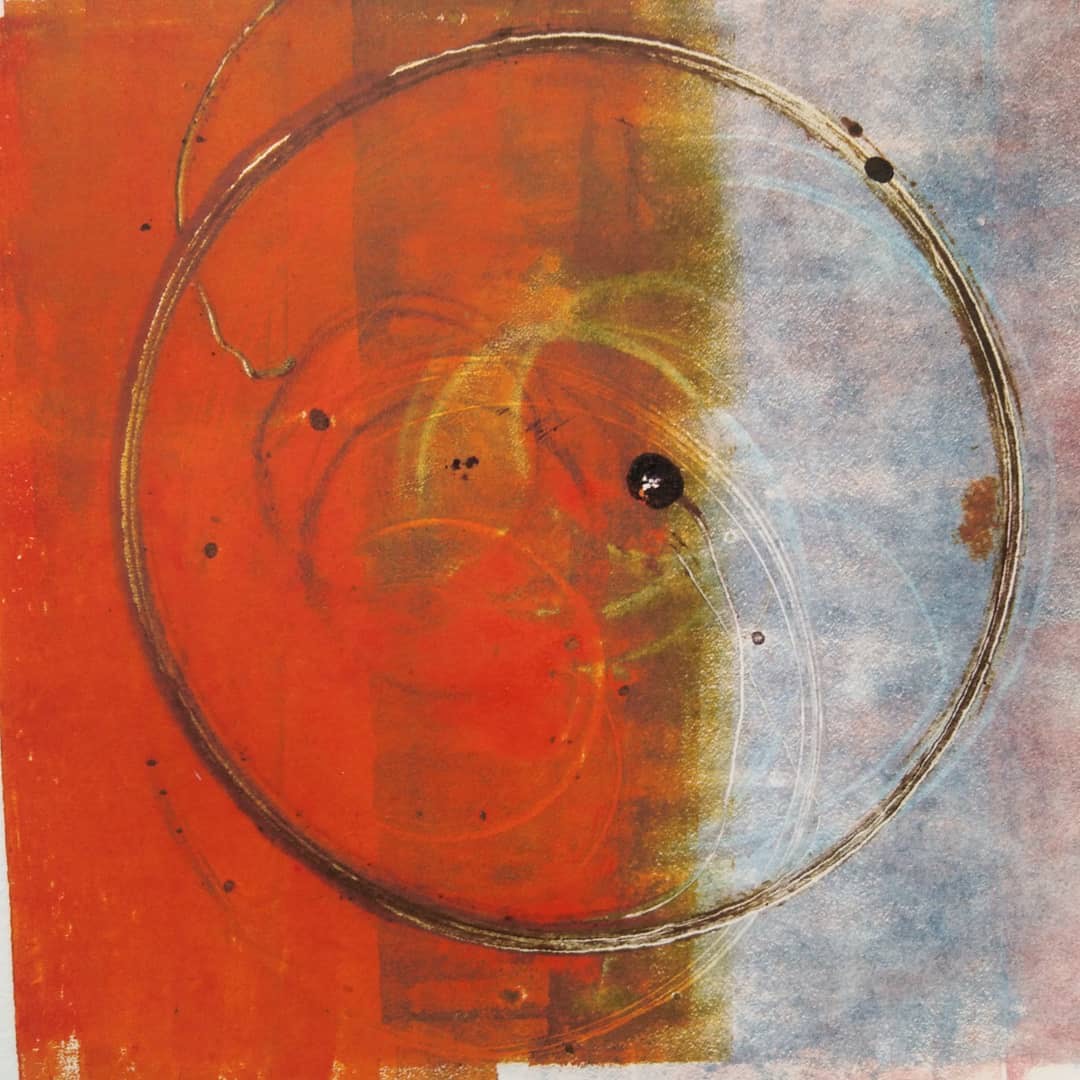 When I began making this mono type series of prints, Spiral works Vol.1, it was during the beginning of Covid-19 lockdowns in early April 2020. Initially I had intentions to create a series of prints over the course of a semester at Curtin university when I acquired the roll of 300gsm paper needed to pursue the series. Before the lockdowns became more serious I pushed to create the series within a two-week period at Curtin’s print making facilities. Students had already evacuated the entire Art department at this point so in that isolation this series emerged.

This series was made with the assistance of a custom purpose-built etching machine which resembles a distorted looking record turntable to specifically make this series. I wanted to play with the idea of attempting an endless series of work that takes ghost printing to an extreme level. The plates on which this series is made from are never cleaned, so there is a constant build-up of ink layers of its predecessors coming through as fragmented echoes of faded colour and in some cases multilayered ink skin scabs that latch onto the print to reveal the first print markings.

During the application of ink to the plates, the colours chosen for the prints followed the rules of complementary colour theory to bring out dynamic instances throughout the series. In this meditative pocket of isolation, music became a recurring improvisation upon the choice of mixed colours and composition. Psychedelic rock and Metal from the 1960s and 70s particularly the first three Black Sabbath albums accompanied me through this time of making in isolation. I enjoyed these uninterrupted time disorientating improvised sessions because colour and sound seemed to meld into one in the making process.

About half way through the series I was flicking through the stack of prints and the idea for a book came to mind to document Spiral works in a permanent hard back volume. It was a strange time during the rise of Covid-19, we were all unsure as to what would happen and we feared the worst that all would end. I thought that if I went on with this series and left instructions after the worst, something simple like, “make prints with this machine and listen to Black Sabbath and something will happen.” Maybe it would endure.

This show consists of 300 prints on the wall with the book I made and the etching machine used to make them. 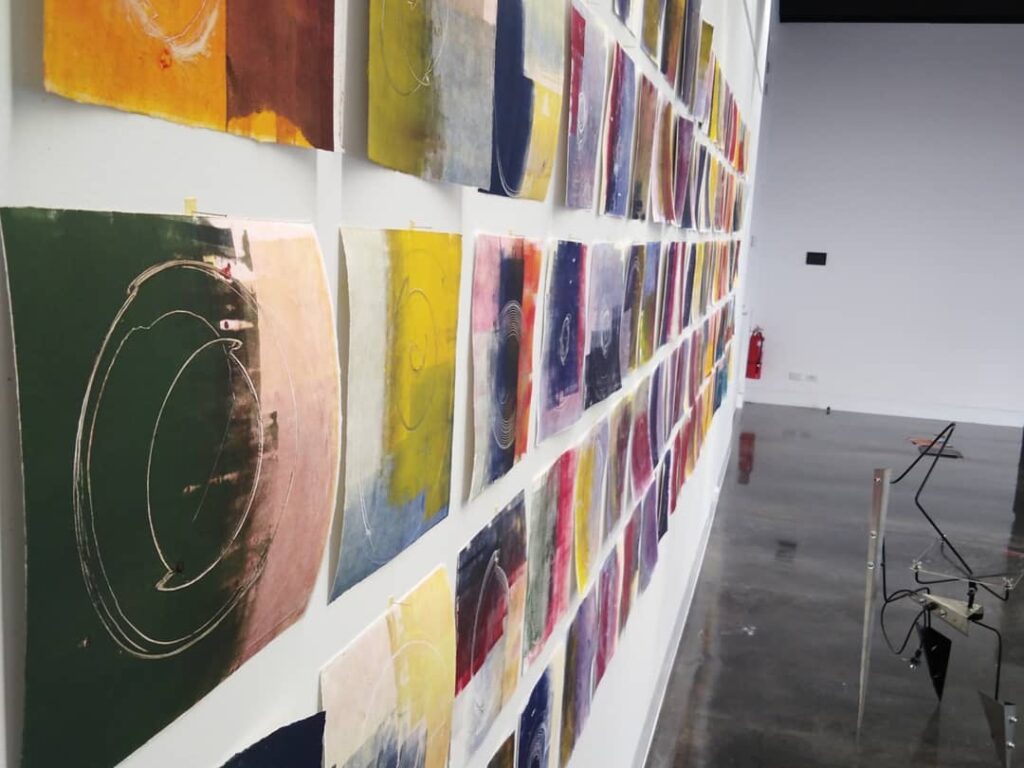 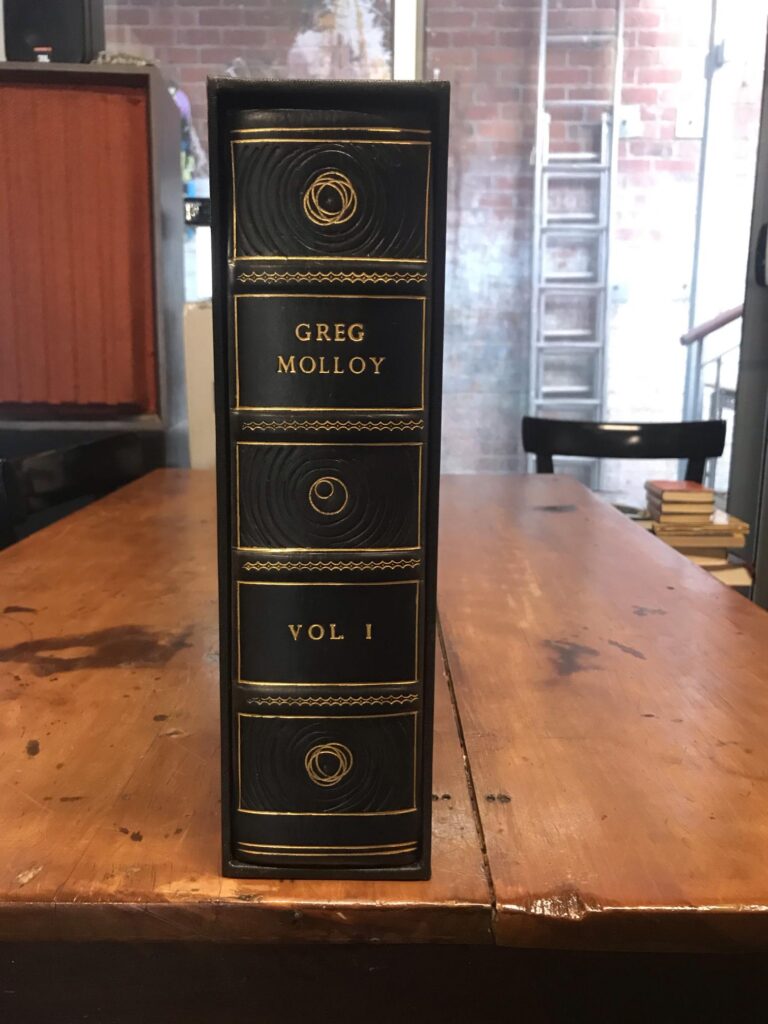 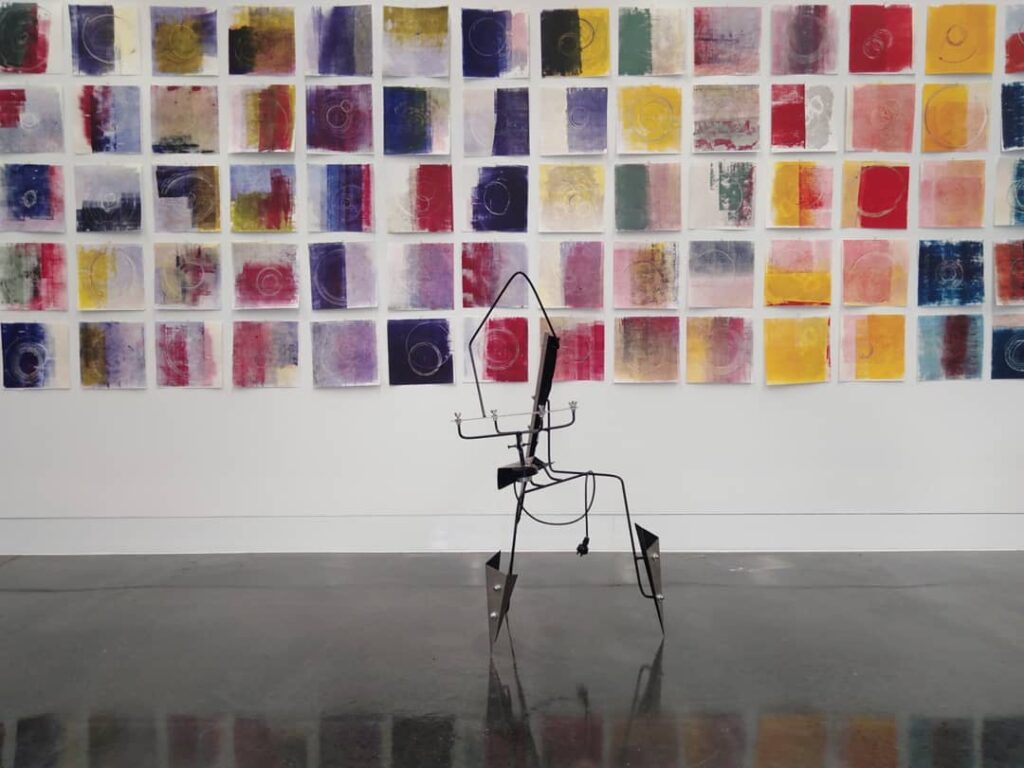