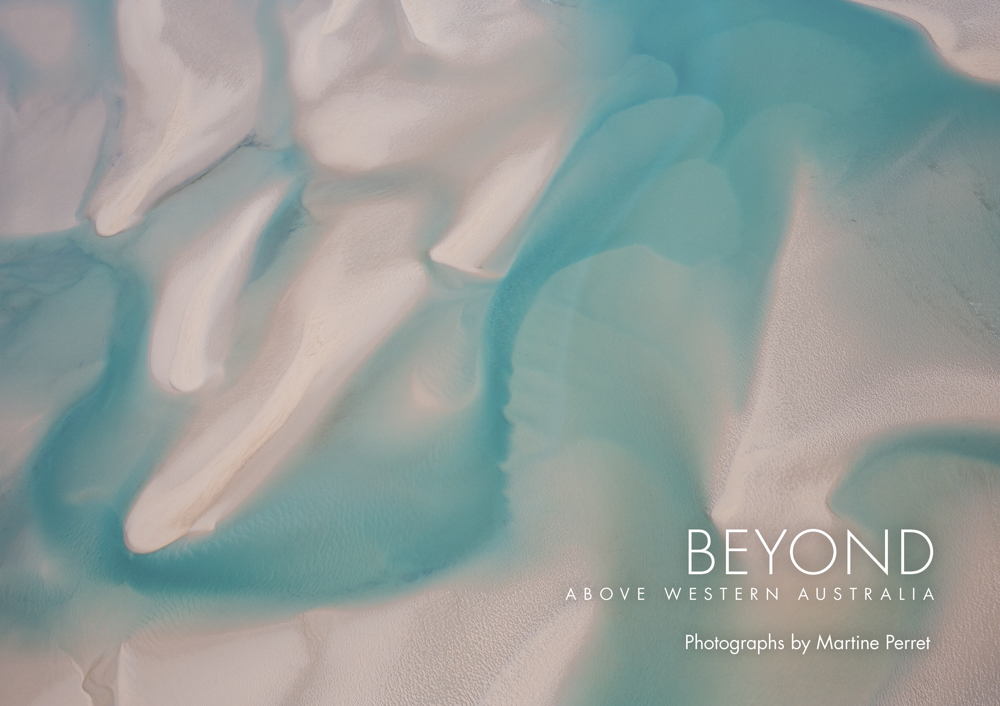 Beyond
Above Western Australia

“Martine Perret has framed a fraction of Western Australia’s breathtaking landscapes
from above and captured what is profoundly magical and timeless about this land.”
Paola Anselmi, Curator & Arts Writer

Western Australia’s unique landscape is revealed with extraordinary vision and detail in
this new book by photographer Martine Perret. Martine, who was born in the French city
of Bordeaux but now calls Margaret River home, shares a series of breathtaking images
taken from the air, giving a new perspective on ancient land forms. Perret became
interested in aerial photography while working as a UN photographer covering
peacekeeping missions in conflict zones such as Burundi, the Democratic Republic of
The Congo and most recently in South Sudan and West Africa documenting the Ebola
crisis response. “As a peacekeeping photographer I had flown almost weekly on UN
helicopters on missions to remote places. I had learnt there was no better way of getting
an understanding of unfamiliar terrain than to see it from above.”A series of helicopter
photography flights over the Margaret River region led to the publication of her first book,
From Above. Her latest book, Beyond, goes further afield to explore the Goldfields-
Esperance, Gascoyne, Mid West and Kimberley regions from the air.
“No matter how many times I would study the internet maps of these regions to prepare
for my photography flights, nothing would match the beauty of what I could see with my
own eyes,” says Martine. “By varying my flying altitude at different times of day, and
playing with the sun’s angle I could capture striking colours and highlight unusual shapes
and patterns.”Her images show the tidal mud flats of Derby as great snaking branches
and intricate tendrils, and the vast swathes of seagrass beds of the Shark Bay World
Heritage Area Marine Park. The Goldfields salt lakes appear in sensual colour; the ironrich
soil producing deep red and manganese creating shades of purple, offset by
dramatic streaks of white salt. This ancient tableau of land, sea and sky has been forming
for millions of years, in this extraordinary corner of the world. “I am truly lucky to call
Western Australia home. I hope you enjoy this visual journey above this very special
place,” says Martine.